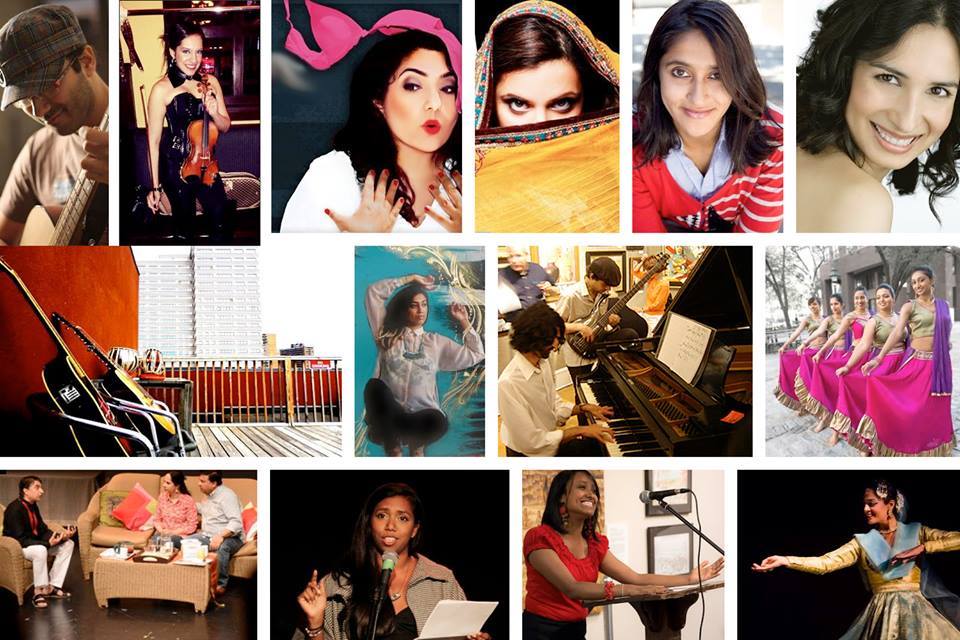 Manhattan’s theater district was buzzing with excitement this past weekend. The first annual South Asian International Performing Arts Festival (SAIPAF) took place from August 3 - August 9, 2015 at Urban Stages and Access Gallery/Black Box Theaters. SAIPAF is a showcase for diverse perspectives, ideas, and imaginations of artists from the South Asian subcontinent in the forms of dance, theater, live music, readings, stand up comedy, and spoken word.  If one were to describe the experience of this festival in one word it would be SPECTACULAR! The amount of talent, innovation, and honesty displayed by these actors, performers, artists, dancers, and comedians was highly commendable. Moreover, audiences were left spell bound evidenced by the lingering chatter in the hallways long after the performances were over. Some noteworthy shows included:

1) Death of the Persian Prince: Death of the Persian Prince is a powerful new play that sheds light on the growing practice of gay Iranians being forced into sex changes in order to avoid legal execution. Having fled Iran and now living in New York City, Samantha is forced to deal with the consequences of her hidden past when she receives an unwelcome visit that shatters her life. More details on the play: http://deathofthepersianprince.com/

2) Invasion: A meta-theatrical orientalist critique on ethnic stereotypes of people from South Asia and the Middle East. It is a tornado of words, images and ideas, all centered around a magical name: Abulkasem. The play assaults our deepest prejudices about identity, race and language. At once hilarious, disturbing and poignant, this deeply subversive play deconstructs concepts of the "OTHER" and forces us to confront our own cultural identity. For more informational on the director, visit http://www.hafizkarmali.com

3) Post Office: The story of a young boy, Amal, who is confined to his home by an illness. With the world at his doorstep, Amal is happy in the fertile land of his imagination, and is willing when the time comes, to journey from this world to the next.  On the evening before Paris fell to the Nazis, the French translation by Andre Gide was read over the radio. For more informational on the director, visit http://www.hafizkarmali.com

4) Honor: Memoirs of Geisha meets Slumdog Millionaire in this engaging tale of dark worlds. "Honour" - a story of struggle for power and pursuit of passion. Will truth be found? Can the shackles of conformity be broken? What will they sacrifice to survive? Dipti J. Mehta is an award-winning actress (Golden Door Film Festival, World Music & International Film Festival, Sunset International Festival). "Honour" was first presented at LaMama Theatre in 2012.

5) Hi Princess: The interaction between a young woman and her catcaller endures endless variations – in turns witty, satirical, absurd, and yet all too real.

6) Me, My Mom, and Sharmila: A hilarious and heartbreaking coming-of-age story that shares one girl's journey of self-discovery and strength that carries her all the way from childhood as a Pakistani Muslim in small-town Canada to living out as an actress in the heart of Chicago. Told through the lens of two women’s shared love for glamorous Bollywood film star, Sharmila Tagore, using personal anecdotes, pop culture and some South Asian history lessons. A show about family and finding yourself.

7) Dirty Paki Lingerie: Set in post 9/11 America, Dirty Paki Lingerie depicts the stories of six Pakistani-­American Muslim women ranging in age from a six year old girl to a sixty-­five year old woman. The play transcends boundaries of culture, religion, and gender, moving and entertaining audiences with its unique and universal appeal. A rich, sexy, and infectiously entertaining mosaic of the sublime, the comic, the poetic, and the political. Cross-­cultural sparks fly and preconceptions about Muslim women are hilariously shattered in the show The Wall Street Journal says, “Breaks down stereotypes of Muslim women in America” and that reviewers call a “must-­-see” production. Dirty Paki Lingerie has played to sold-­-out houses in NYC, London, Toronto, Turkmenistan, Pakistan, and Edinburgh Fringe Festival. In 2014, it was selected to be the first American play to represent the United States at the International Theater Festival of Turkmenistan.

8) Rhythm Eternal By Anirban Roy Chowdhury: A dynamic, powerful and exciting Tabla solo performance from the powerful Punjab Gharana torchbearer Anirban Roy Chowdhury, accompanied by heartfelt and emotional strings of the Sarangi by renowned maestro Pandit Ramesh Mishra.  A concert evoking an emotional journey into the heart and mind as beats of the Tabla infuse with the rhythm and ethos created by the Sarangi.

9) Journey Across the Globe: An excerpt from the two-act dance production "Journey across the Globe," this project was borne out of one dancer's years of searching to deeply understand the world through dance. After many years, one fundamental objective emerged in the dancer's mind - to sculpt the essence of human relationships by connecting the different elements of many dances and thereby, representing a peaceful and fruitful co-existence of different cultures. Ballet, bharatanatyam and flamenco - an extraordinary mixture is a reflection of life itself.. Tatyana received award for the best dance production of 2012 in Barcelona, Spain.

10) Shaikh it Don’t Break It: Mona Shaikh, also known as The Naughty Muslim Comedian, has a unique perspective on the contrast and conflicts between American and the South Asian Culture. With half of her life spent in a prominent conservative Muslim household, and the other immersed with America’s entertainment and culture, Mona knew she was set out to break boundaries. With Mona’s sense of humor and vivid point of view on religion, sex, politics, which includes personal life experiences, Mona brings to the world a story like no other that is nothing less than hilarious.

Artists at this festival left an everlasting impression with their performances. However, only a select number were awarded. Below is a list of winners from the SAIPAF 2015 to watch out for:

1) Audience Favorite: Mona Shaikh for Shaikh It- Don’t Break It