Urban Milan is the ultimate source for book reviews on books written by South Asian authors or upcoming books that our readers should check out!

Andrea Syrtash: He's Just Not Your Type (And That's a Good Thing) 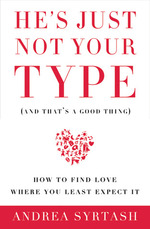 A relationship expert and life coach, Andrea Syrtash shares her approach to lasting love which encourages women to date their "non-types." After years of dating, many women fall into a relationship rut. As serial daters, they  are attracted to the same type of man time and time again. Clearly, something is not working. But the problem is not that he’s just not that into them—the reality  is, he’s just not their type.

In the book "He’s Just Not Your Type (And That's a Good Thing)", Syrtash  challenges readers to date outside their comfort zones and poses hard-hitting  questions: What if the kind of man they think will make them happy never will?  What would happen if they dated someone they’d never considered dating? In each  chapter, Syrtash shares her personal story and stories of women who have found lasting happiness with  their non-types (NTs) and provides exercises designed to help readers assess  their big-picture goals and core values. In doing so, she shows women how to  make better choices in dating so they are more likely to find true love.

This book is a must read for single women that feel they are not finding "the right one" and notice a pattern in their dating pattern. 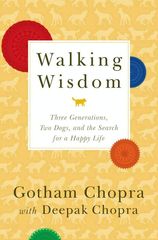 Son of a very well-known spiritual leader, Gotham Chopra has just released his first book "Walking Wisdom". The book discusses the relationship he has had with his family, and takes a deep look into the life of living with a very famous father. The book describes how his father constantly exposed him and his sister into the deepest reservoirs of knowledge that his famous father, Deepak, could find.  Gautam's childhood was part spiritual, part scientific, and very unique. Being a new father himself, Gotham draws upon influences for his new child from his Father and unexpectedly his dogs.

The Chopra dogs taught the family about curiosity and wisdom, open-mindedness, passion and loyalty. Gotham and his father share the reader with their walks and discussions that come with having a dog. They realize that the qualities they observe and admire most in their pets are values we humans would do well to nurture within ourselves. They also discover that our pets have a lot to teach us.

The Chopra's message is simple and is delivered to the reader in a very endearing, compassionate and down to earth way. Walking Wisdom offers readers both comfort and enlightenment and makes for a wonderful read. 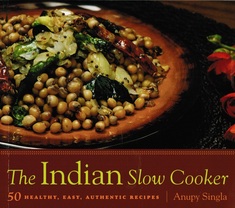 A television reporter who was inspired by her roots gave up her career to teach her two young children how to appreciate their culture and roots through food. Anupy Singla just released her first cookbook entitled “The Indian Slow Cooker”. This unique cookbook shows the reader how simple it can be to cook traditional Indian food using a slow cooker. Singla begins her cookbook with an introduction of the array of spices and fresh ingredients used in Indian cooking and explains how and when to use them. She then leads the reader through a delicious journey of fifty Indian recipes. Amongst the pages of recipes are classic Indian dishes such as dal, butter chicken, keema, and many more. The cookbook includes both vegetarian and non-vegetarian dishes that are simple to make in a slow cooker.

Singla provides the reader with a healthier version of these Indian dishes by using less oils and saturated fats then traditional recipes. Singla has shared her discovery of how a slow cooker can not only be used as a simple way of cooking, but as a healthier option and a way to keep food moist. The advantage of using Singla’s recipes and cooking methods is less time spent in the kitchen and more time spent with family.

Anupy Singla is an award-winning journalist with more than a decade of experience covering business and general news as a TV and print reporter in Chicago. Her food writing has appeared in several print and online publications including the Chicago Tribune, the Chicago Sun-Times, and the Wall Street Journal. She has demonstrated her Indian cooking skills on WGN-TV and blogs about her recipes at www.indianASapplepie.com. 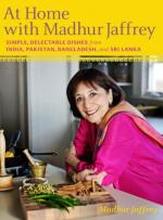 Well known celebrity actress and chef Madhur Jaffrey has just released a new cookbook that features dishes from India, Pakistan, Bangladesh, and Sri Lanka. This new cookbook which is published by Random House simplifies Indian cooking so that anyone can make these dishes easily. With chapters on both vegetarian and meat dishes this cookbook breaks down tricky cooking into simple steps where you can produce a great meal without a lot of hard work. Some of the recipes featured in this book include: Turkey Chappali Kebabs, Mushroom and Pea Curry, Tomato Pullao and many more!

Madhur Jaffery has been cooking for many years and has written several cookbooks on Indian cooking and also is a consultant for high-end Indian restaurants in Manhattan. You can find this cookbook in any mainstream bookstore so be sure to pick up a copy and invite your friends to a party full of delicious food and fun! You will certainly dazzle them with your dishes if you follow Madhur’s cooking tips!

An enemy of Hitler, ally of the Americans, and inspiring leader through World War II, Winston Churchill is recognized as one of the great statesmen of the last century. While Churchill's been widely known for his vast achievements, parts of Churchill’s past records have gone greatly unexamined. Author Madhusree Mukerjee reveals in "Churchill's Secret War", that although Churchill opposed the crudeness of the Nazis, he governed India with a fierceness to crush its' freedom movement'. A series of Churchill’s decisions made by him between 1940 and 1944 directly and inevitably led to the deaths of an estimated three million Indians.

The streets of India were lined with corpses, yet instead of sending emergency food shipments Churchill used ships at his disposal to build stockpiles for feeding postwar Britain and Europe. Mukerjee uses meticulous research to enlighten the reader about the larger context of World War II, India’s fight for freedom, and Churchill’s destructive legacy. 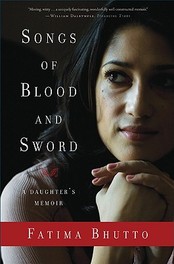 In this riveting memoir written by Fatima Bhutto, a journey into the lives of a political dynasty is unfolded and expressed by one of the family members of the Bhutto family. The memoir tells the story of an elite family in Pakistan, it is an epic tale full of romance, suspense, glamour and betrayal that led to the tragedy of four generations defined by a political idealism that in the end destroyed them.

The book not only enlightens the reader about the Bhutto's dynasty, but also tells the story of a love between father and daughter and a pilgrimage for a daughter to travel across the globe to fill in missing gaps about her father's murder. The memoir is story full of twists and turns and brings the reader into a political journey of Pakistan's past and present.

Fatima Bhutto is an Afghan-born Pakistani poet and writer. She has studied at Columbia University. She has been featured on NPR, CNN, and in the pages of Harper's Bazaar, Marie Claire, Vanity Fair and Vogue. 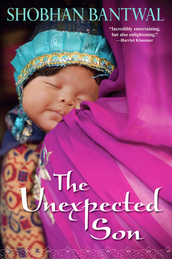 A shocking letter from India sends a middle-aged Vinita Patil reeling in Shobhan Bantwal's latest novel, “The Unexpected Son”. Living in New Jersey and contently married for over twenty years to Girish, a mechanical engineer with whom she has a daughter. Vinita learns that the child she had out of wedlock when she was young is still alive, suffering from leukemia, and is in desperate in need of a bone marrow transplant.

Vinita's brother, Vishal who had orchestrated the deception and arranged for the baby's adoption, confesses that Vinita's son, Rohit Barve, is a chemistry professor at Shivraj College, the college where Vinita met Rohit's father, Som Kori, who had refused to marry her. Vinita is compelled to travel to India to try to help her son, but the man she meets is angry, believing that she willingly abandoned him. Trouble also arises when his adopted father, a political leader, finds out that his son’s biological father is his hated rival, this adds to the gripping plot and keeps the reader interested in learning more about the 'unexpected son'. 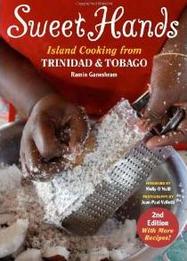 Mouth-watering recipes inspired by experiences living on a tropical paradise, Ramin Ganeshram introduces her readers to a unique culinary journey that is influenced by styles of cooking from India, China, England and Africa. Explore spices and tastes from across the world in this assortment of 170 recipes that will make you want to turn on your stove and start cooking! Ganeshram starts her culinary journey with information on Trinidad & Tobago, including when to visit and what to see, followed by an array of recipes from Avocado Soup to Curried Shrimp. Readers are also introduced to a recipe called "Mother-in-Law", which is spicy and bitter, it represents "the 'hot' tongue and temper of a mother-in-law". This book is a tender tribute to the Author's father and a wonderful cookbook and inspiration to visit the land of such a unique and diverse blend of food and people. 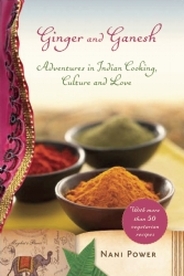 In her latest book, Nani Power delivers a unique blend of culture, cooking and love in "Ginger and Ganesh". Power takes the reader on her voyage to learn traditional Indian cooking. Countless spices, ingredients and cooks make up this delicious voyage to Indian cooking heaven. The reader takes a plunge into various Indian homes and learns the tricks of the trade, the readers gain from Power's new found knowledge and learn Indian cooking techniques and treasured family recipes from vegetarian Indian homes. With over fifty vegetarian recipes the reader not only gets a sense of Indian cuisine, but also gains a knowledge of the women and culture that is behind the cuisine.

In essence, Power sparks the reader to believe that you can learn anything that you set your mind to-- whether it's a desire to learn Indian cooking or to learn about the female psyche...

Author Nani Power is the author of three novels, including the critically acclaimed Sea of Tears.
Ginger and Ganesh, $25.00; Paperback; 240 pages
Orders: www.counterpointpress.com