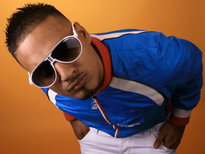 Imran Khan, is a Dutch-born, Punjabi singer that shot to global fame with his debut single "Ni Nachleh". Khan recently released an album entitled "Unforgettable" which includes the song "Amplifier", which has already proven to be as successful as his debut single. Imran Khan will be completing his world tour for his new album at the end of this year. His tour is scheduled to have performances in England, USA, Canada, Malaysia, Thailand, U.A.E and Norway. Urban Milan caught up with this Punjabi Pop singer for an exclusive interview while he was on his world tour:
Urban Milan: Why did you choose to get into the music industry?
Imran Khan: I always used to listen to Punjabi music, and everyone was telling me to get into the industry, and I thought why not give it a try. I have seen a big gap in the music industry- either there was traditional Punjabi music or remixed Punjabi music with Hip-Hop, and there was nothing in between so I wanted to fill this gap with my own fresh sound.

Urban Milan: What is the biggest misconception people have about yourself or your music?
Imran Khan: That I am very big-headed...I am down to earth and making good music in this industry.

Urban Milan:  If you weren't a musician, what would you be doing?
Imran Khan: Designer, video director or something with sport- a basketball player…

Urban Milan: Where do you get recognized the most?
Imran Khan: At the airport..Heathrow Airport or Dubai Airport..Everyone yells out "Are you Imran Khan?”

Urban Milan: Who came up with the concept for the "Amplifier" video?
Imran Khan: Myself, when I am writing the lyrics I think about the videos. I go to the director and discuss what I want.

Urban Milan: Your latest video is entitled "Bewafa", and it discusses infidelity, was this song written based on a previous personal experience?
Imran Khan: No, the boy is always cheating on the girl, let me do it different than others- my friend experienced this and told me stories so I wanted to write a song about it.
Urban Milan:  What’s a city you want to perform in most that you haven't already performed in?
Imran Khan: I want to perform in Australia, Pakistan and India.

Urban Milan: If someone made a movie about your life and you had to pick an actor aside from yourself to play the role of Imran Khan, who would you pick?
Imran Khan: I would pick Gulshan Grover

Urban Milan: Do you have a desire to work with any mainstream American hip hop artists, and if so, who's on the top of your list?
Imran Khan: I want to establish myself in this industry first as Imran Khan. If I had to choose an American artist - Kanye West

Urban Milan: What is your biggest turnoff or pet peeve when it comes to women?
Imran Khan: If she puts too much make-up on her face, I want someone natural.

Urban Milan: What is the nicest thing a fan has ever done for you?
Imran Khan: She gave me a card with all my pictures from performances

Urban Milan: Are you involved with any type of charity work?
Imran Khan: Nothing currently, next year I will be mentoring others.

Urban Milan: What message do you have for your fans?
Imran Khan: Keep doing what you are doing.