Urban Milan is the ultimate source for music reviews. Visit our music guide for CD/Concert/Interviews of Artists.

Dan Reardon is an up and coming singer/song writer out of Long Island. This talented guy writes and performs all his own music and he’s been singing professionally for seven years. He’s currently a Spanish teacher, having done an entire album in Spanish. With skillful melodies and powerful lyrics, Dan is on the fast track to rise to the top.  Urban Milan got the chance to interview Dan on August 5, 2013 at the Million Dollar Listing (Bravo TV) event held at the Gansevoort Hotel...More...

Singer Amrit Bains
“Where has good music gone!?” one laments. Turn on I-tunes or You Tube and much of today’ pop music is homogenized beats with singer’s voices reworked and synthesized beyond recognition by crafty studio engineers.  Urban Milan readers email us, " I want something exhilarating, original and coming straight from the heart!”  Well have no fear because Amrit Bains is here!  Amrit Bains is a Vancouver-based crooner  who is literally “a one-man musical startup company!”  He does it all; writing the heartfelt lyrics, singing/rapping bilingual tracks and dancing without restraint in all of his videos. Pretty amazing you must say! Yet what also sets the talented Amrit Bains apart is his chameleon-like singing ability....More...

Bollywood Actress, Priyanka Chopra is turning heads with the release of her new single "In My City" featuring will.i.am. Urban Milan has an exclusive look behind the scenes of the making of her new single...More...

Let’s be honest, we really feel that the worlds revolve around the United States and to some extent it’s true. We are the epicenter of technology, cinema, fashion but with regards to Bollywood and Bhangra we have to resign ourselves as mere spectators looking east toward India and the UK with envy. With regards to Bhangra music, “American-desis” broadly fall into one of three categories. The first are “passive bhangrawallas” who will go out to bhangra clubs, enjoy dancing but are not familiar with the songs, artist or bhangra subgenres...More... 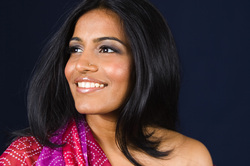 NYC specifically and the world in general has benefited from the South Asian diaspora with regards to to food, culture and music.  In the process a  new global identity has emerged which transcend time and place to somewhere special and nostalgic halfway around the world....More 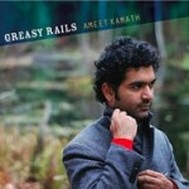 Inspired by listening to artists such as the Beatles, George Michael and Queen while growing up in the East-- Mumbai, Ameet Kamath always had a passion and a determination to come to the United States to pursue his dream of singing music from the West. Originally, Kamath arrived in the US as a “techie,” but after moving to New York City two years later, Kamath immersed himself in jazz and began performing the American music wherever he could; street corners, parks, cafes, weddings and bars. His persistence paid off with a consistent gig at Marion's Continental on the Bowery, where the patrons and fans encouraged him to set his own story to song...More... 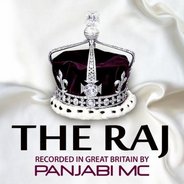 After the worldwide success of “Beware of the Boys” Panjabi MC creates the ultimate crossover anthem with “The Raj”.

There was a time not to long ago when it came to Desi music the only game in town was Bollywood with it’s over the top melodies and romantic serenades.  Well that all changed in the late 80s with British Bhangra storming the dance clubs from London to Ludhiana with an infectious dance beat that combined traditional Panjabi Boliyans with hip hop, trance and R&B.  The UK has produced a galaxy of Bhangra stars including Malkit Singh, Sukshinder Shinda, Jazzy B and Rajinder Singh Rai better known as Panjabi MC...More... 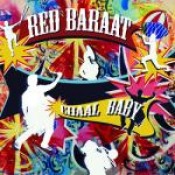 "Bangin Bhangra & Brass Funk"—Red Baraat intertwines North Indian Bhangra with a brass marching band. The group, based out of New York City, has released their first album entitled "Chaal Baby". Familar tunes such as "Dum Maro Dum" and "Mehndi Laga Ke Rakhna" have been given a new twist by using instruments such as the saxophone-- jazzing up each song into a new tune for your listening pleasure.

To purchase Red Baraat's album visit: www.redbaraat.com
Click on play below to listen to one of their songs off the "Chaal Baby" album: 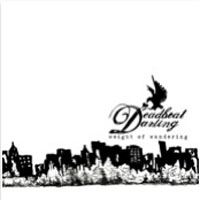 Deadbeat Darling, a New York City based rock band whose music entices listeners with hints of dub and electronica, has inspired an eclectic mix of fans solely based upon word of mouth. Deadbeat Darling's latest release, “Weight of Wandering” mesmerizes listeners with rhythms of dub, reggae and electronica. The lead singer's sultry voice seems to touch every emotion. Some songs that will leave you wanting for more include  “All These Beautiful Days (Are Wasted on Me)” and “Without a Trace”. With their sound, style and lyrics there's no doubt as to why they have such a big fan base.

Click on play below to watch the "Without a Trace" music video:

Meetu Chilana: I am 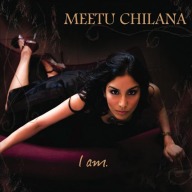 With a sensational, versatile voice, Meetu Chilana provides her fans with an album entitled "I am" that comprises of six original tracks. Her album uses English, Hindi and Punjabi in an eclectic mix of songs. Meetu Chilana is a New York based singer, song-writer, actress, and producer, her voice carries a wide range of capabilities which can be heard throughout this album. The beauty of her sound is a result of years of jazz and contemporary western vocal training mixed with a lifetime of performing Indian folk music. She has performed at multiple venues across America and received widespread acclaim for her award-winning music video "LOST." Her latest album showcases what Meetu Chilana can do in her wide range of vocals, the album contains a bhangra track, a ballad, a Hindi/English track and some other beautiful songs that you can lose yourself into. All of her songs have western appeal with an eastern influence.

Zerobridge: There We Were, Now Here We Are 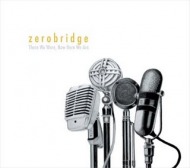 Zerobridge, whose name was inspired from an actual bridge in Kashmir’s capital-- Srinagar, has just released a new CD entitled “There We Were, Now Here We Are”, this band has a U2/The Cure type sound that brings you back to the Eighties. Their unique sound blends their South Asian heritage with their Western influences to create a unique blend of Rock & Roll music.  Their new release features six tracks. Their last album's title track “Havre de Grace” is featured in the Woddy Harrelson starring movie “The Messenger” (2009) directed by Oren Moverman. This group has amazing sound, great vocals and will be in the spotlight in the near future!

Click on play below to listen to a song from "There We Were, Now Here We Are": 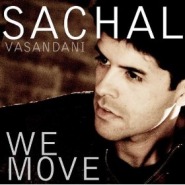 We Move is his current album which is  on the Mack Avenue label. It brings back memories of classical jazz music of an era long ago. Opening with “Escape/There's A Small Hotel,” Sachal and his trio really have done a magical job to bring back jazz music that is rarely played for live audiences these days. Sachal delivers the lyrics in a pretty straightforward manner, full of depth and soul that his listeners can really feel. Sachal Vasandani's voice is very unique and is wonderful to hear as it is so different. Each song has its own flavor and is emotive in its own way. Sachal has a style of his own and you are sure to fall in love with his lyrics and rhythm over and over again.

Click on play below to listen to a song from "We Move": 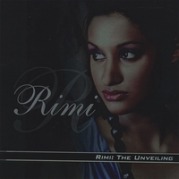 Rimi is a blossoming pop star who is determined to launch her style of Indian pop music to mainstream America. A fusion of Indian and Western pop, Rimi's self-titled album is set for international release by Indian mega-label T-Series. Her talent shines through after nearly two decades of training in music. As a young girl, she was drawn to the Bollywood music her Indian-born parents liked and especially loved Nusrat Fateh Ali Khan and Asha Bhosle. Rimi is often compared to Beyonce and Shakira. Like Shakira, her music is addictive, and like Shakira, Rimi is an accomplished dancer.  Rimi is a huge Shakira fan and loves being compared to her. Rimi's parents wanted a strong mainstream career for her so at one point she was headed to medical school. She had the courage to follow her dreams so she dropped out of med school, packed her bags and headed to Mumbai. Although she experienced several struggles in Mumbai her determination eventually paid off. With the fact that the American mainstream audience is ready for global sounds, Indian Pop Diva Rimi is really developing a huge fan base. Currently based in Rockville, Maryland with her company, Open House Entertainment, Rimi plans to travel the nation as well as the globe to perform and share her music.

N.E.D.: No Evidence of Disease 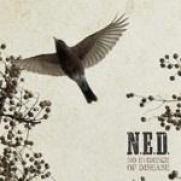 This band is made up of six gynecologic oncologists which serves their name N.E.D. well which stands for: No Evidence of Disease which is exactly what they hope to help women with who go through treatment for gynecological based illness. The mission of the band is to enhance knowledge about gynecologic cancers and bring hope through rhythm for women undergoing treatment. The doctors strongly believe music heals. Several recent studies have shown that patients are able to get well through incorporating music into their lives. N.E.D. is focused on using music to convey this comfort.

With original music influenced by U2, Foo Fighters, Rush, and Weezer, N.E.D. hopes to bring a fresh and encouraging, yet sympathetic approach to what can often be a very dark time. Their CD was released this past September and proceeds will be going to foundations and charitable organizations working with women undergoing treatment. This is a CD worth picking up not only to hear some great music but also to help a wonderful cause.

To purchase a copy of this CD visit: http://www.nedtheband.com/buydonate.html 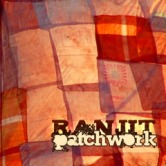 "Patchwork" is the title of Ranjit's debut album. His hit single "Since the Start" is available on iTunes and other retailers online. While plans to tour globally promoting his music are on his agenda for 2010, his catchy music and lyrics with soul give him enough room to collaborate with other South Asian performers as well. Look for this musician to create bigger and better things as "Patchwork" continues to weave its way through the desi scene!

To learn more about Ranjit and to listen to his music visit: www.myspace.com/ranjit