Anand Vasudev
Confidence and intelligence are the two words that come to mind when thinking about a contestant on “The Apprentice” named Anand Vasudev. Born and raised in Tampa, Florida, Anand is of South Asian descent—his parents are from Bangalore and Karnataka. Kannada is an Indian language that Anand can speak fluently.  Over 200,000 people applied for this season of “The Apprentice” Only sixteen were chosen and Anand was one of the lucky few.  Anand states that he “can never explain the experience we (Apprentice contestants) went through on the show, it brought us all very close”.

Urban Milan got a chance to catch up with this Desi celebrity who currently lives in New York City and discussed his experiences on the current season of  “The Apprentice”:
UM: How did you get on “The Apprentice”?
AV: Early April I was watching ‘Celebrity Apprentice’ and saw a commercial from Donald about a new ‘Apprentice’ that will include people affected by the economy. I decided to go to the audition and got there at 6 AM, there were already 5000 people in line, and I waited in line for six hours. They were calling people in seven at a time. During our audition Trump walked in to the room and sat at my table, I gave a response to the question, after my response Donald Trump winked and said "great job". The next day the show called and said that Trump was impressed and that they are going to send me a questionnaire and I would have to do an on-camera interview. Four weeks later I was flown to LA  for a week where I was one of 50 men picked for the show. Donald Trump thought that some of my statements were funny; I told him that even if I do not get on “The Apprentice” being selected now was a phenomenal accomplishment…if it does not work out for me; you will hear my name again.

UM: What were the hours like on the show and did you receive any compensation?
AV: Filming was a month and half. We filmed everyday from 5 AM-10 PM. We were not paid for it at all. The show was extremely rigorous and you don’t eat or sleep and you work on sheer adrenaline.

UM: What do you friends and family think of you being on the show?
AV: My family is very excited; my Mother has been a fan of Donald Trump and she always dreamed that I would work with Donald Trump… My friends watch and tune in every week and see me being me!

UM: What was Donald Trump like as a person and how was his toupee?
AV: Donald is a character, I met him during the audition, he is an icon in the real estate industry.. he is a 6’3 guy, he cracks jokes and he is fun to work with, he is a guy’s guy.  He doesn't wear a toupee, it definitely is real hair.

UM: Did you get to see what others said about you before the show was aired and who do you see as your biggest competition?
AV: I don't get to see them beforehand so I don't know what to expect!
Everyone brings something different to the table.  On the women’s team Brandi is phenomenal, Stephanie is hard-nosed, no BS. On the guy’s team; Stuart and Clint are great workers.

UM: What was the best part about being on the show?
AV: The amount of contacts I made, it taught me a lot about myself, and how far I would be willing to go to succeed. I have so many strengths that I never had an opportunity to use in my career. I am a deadly weapon

UM: Are a lot of things edited off the show and are people portrayed differently than they are – for example Mahsa?
AV: Each task has 30-40 hours of film that are cut down to 45 minutes. Any reality show pretty much edits a show- people say things to one another and they may come across differently when edited.

UM: Have you received any job offers after being on the show?
AV: I have been contacted by some companies, but I have not accepted any offers.

UM: Do people now recognize you when you go out?
AV: I live in the upper west side, I have been recognized at a Yankees game and sometimes when I am walking down the street. I am lucky to have so many supporters and fans.

UM: Did you win this season’s Apprentice?
AV: You will have to watch and see!

Anand Vasudev: Why He Cheated on "The Apprentice"
By Rachna Kapur
November 21, 2010 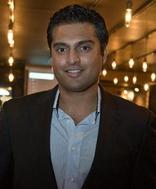 Urban Milan had an exclusive interview with Anand Vasudev and discussed his last day on “The Apprentice”:

UM: When Trump asked you about the text messages why did you lie? Why didn’t you just confess?
AV: It was 5 AM when we were in the boardroom, when he asked me about the text message, I truly forgot. When he read it to me I remembered and realized that I had sent it. It was only one text message to a friend that works in the area, he couldn’t make it, and all the money we made was a genuine sale. The media is depicting it as I was a cheater, in the heat of the moment when you want something bad you make mistakes.  I don’t know anyone on this planet that has not done something wrong. It was truly an honest mistake.

UM: If you could go back in time would you make this same mistake?
AV: There was a lot of cheating on this show, a lot of things that were questionable- emails being sent by the contestants and how people got on the show. If I were to go back again I would not have made the same mistake. I was a damn good leader; we had a good strategy- we would have won. If I were to go back again I would never make the same mistake twice. I will not worry about other people breaking rules. I will worry about myself. I am a great manager, a great leader and I didn’t need to send a text message to win the task.

UM: Are you sorry you cheated or that you got caught cheating?
AV: I am sorry I cheated, I didn’t have to cheat, I was a good leader on the task—I was probably a golden boy—we beat the girl’s team by 300%. No one knows the amount of pressure that we were under. I learned a lot on this show and anyone that saw the previous eight episodes knows that I led the team to victory numerous times.

I have a lot of friends, family and fans that really invested time in supporting me. It’s not that painful that I lost, what is the most painful is the expectation that I was not able to fulfill that hurts the most. I like to please and like to come through, so many people expected me to be a finalist.

UM: Do you think what you did will affect your future career if you decide to go back into the corporate world?
AV: I think that it will have the possibility of a negative impact; I think anyone that knows the business world knows the pressures. What I did was wrong, however if they look at my resume, references and background, they would know that I am a hard worker. My accomplishments far supersede this scandal.

UM: A lot of people that watched the show thought you were very arrogant on the show- is that the real you?
AV: I think I sometime carry a certain level of arrogance. Sometimes people confuse confidence with arrogance. I am arrogant when I need to be.  When I am with people that arrogant like on the show I also show arrogance. People that know me know that I am a down to earth guy. For a show like this you have to put up a tough exterior no matter who you are.  In the boardroom everyone is for themselves. Anyone that knows me knows that I am always joking around. I have so many friends and supporters.

UM: Do you feel your actions have hurt the image of other Indians in the business world?
AV: Absolutely not—I think I gave Indians a good name in the way I led teams, had ideas, and how I led my team to victory. Indians should be proud of me. I made a personal error in judgment and this was an isolated incident. Whether you are Indian or whatever race you are anyone could have made a mistake.

UM: Have you lost any friends from what you did on TV?
AV: No I have not and I have actually gained more friends. I knew my real and fake friends before the show and I have gained so much support. I have recently run into people on the street and have had people tell me that I did a great job on the show.

UM: Have you received a lot of negative comments from fans of the show?
AV: Out of 100% – 1% are bad comments.  It’s not like I killed anyone.. I am a business man.  Sometimes in the business world you do whatever you can to win.

UM: Have you received a lot more publicity since this has happened?
AV: I have had a lot of Radio shows and newspapers contact me. I would of rather had received this much attention for winning the show.  I am proud of how I carried myself for the most part. I am receiving a lot of publicity; I hope something big and better comes out of it.

UM: Any messages you want to leave UM fans with?
AV: All my fans that have supported me on the show have not gone unnoticed, I am sorry that things panned out the way they did. Do not let that be reflection of who I am. I am a good guy and I hope that our paths cross down the line. You may get to see me again in the next couple of weeks on “The Apprentice” so keep watching the show!